The Government has already said NO to Boris Island 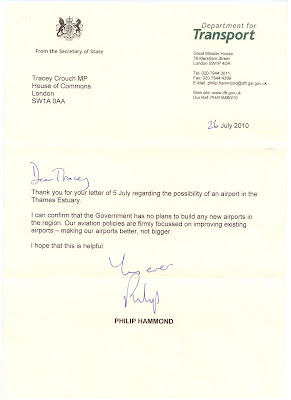 Yet again, Boris Johnson's ludicrous Thames Estuary Airport proposal is back in the news. The Mayor's steering group is due to publish a report outlining its proposals, which Paul Francis from the Kent Messenger highlights HERE.
I am beginning to find this continuous attempt to scare Medway residents by the Mayor and his team a tad tedious. The Mayor has no jurisdiction over where and when airports are built. The Prime Minister has said no to the proposals, as has the Secretary of State for Transport and the Chief Secretary to the Treasury, who can think of better ways of spending/saving £40bn. 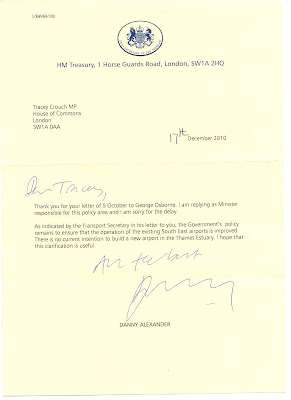 It really is tiresome to keep saying to Boris to stop even thinking about the Thames Estuary Airport but let me, on behalf of everyone locally, say one more time - Medway says no to Boris Island, and the Government agrees.
Posted by Tracey Crouch at 16:45