A coach trip to Norwich North 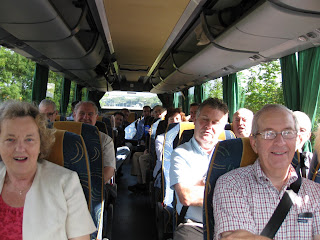 I took the day off from work and joined a team of 20 activists on a coach trip to Norwich North for the by-election. We left the Park & Ride in Blue Bell Hill at 9am and arrived in Norwich just after 11.30 to be greeted by Shadow Cabinet Ministers and election co-ordinators. We were immediately given our orders and sent off to a deliver 3000 leaflets about 10 minutes or so from HQ. Having finished in about 90 minutes we stopped for a drink, crisps and a quick read of the paper in the pub where our coach had parked up before heading back to HQ for a next set of orders. Again we disembarked from the coach, were divided into teams and then sent off to various neighbourhoods varying distances from HQ. I was in a team, led by Richard Bacon MP, which had 6 delivery sets but we only managed to get 4 done before our time was up and we needed to head back to the coach. 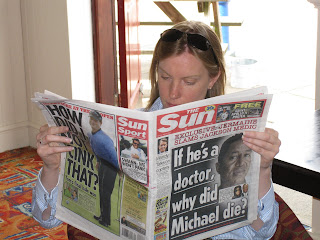 It is difficult to comment on how I feel it is going when we only delivered leaflets and although I spoke to a couple of people (one of whom is traditionally Labour but is so disgusted how the Party treated Ian Gibson he is voting UKIP) the only sense I got was people couldn't wait for the by-election to be over! 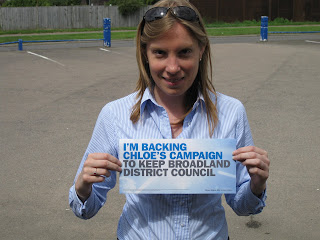 Although we only spent 6 hours in Norwich, we hope that our little team from Kent have helped Chloe's campaign. We all felt pleased that we'd made the effort to go up and look forward to seeing the result on Friday. 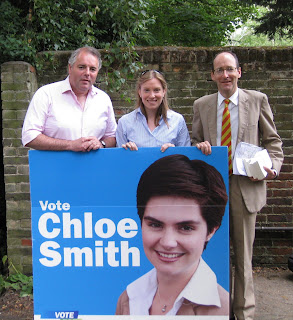