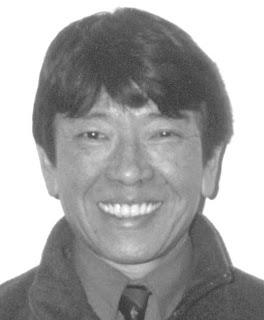 Local Conservatives have this morning issued the following press release:
Chatham Conservatives Choose Former Gurkha for By-Election in Luton and Wayfield
Chatham Conservatives have unanimously selected Tashi Bhutia, a former member of the Brigade of Gurkhas, as their candidate for the forthcoming by election in Luton and Wayfield.
Tashi was born in 1955 and followed his family tradition by joining the Gurkhas. Whilst posted in Hong Kong he met his wife who was serving in the Royal Navy. Following marriage they were posted to Chatham Dockyard in 1980 and have lived in Chatham ever since. Tashi still works in the defence industry as a technician for BAE Systems at Rochester.
Tashi Bhutia said, "Whoever is elected to represent Luton and Wayfield needs courage and determination to tackle the problems which often blight this proud community. Combating anti-social behaviour, including drug abuse, binge drinking and the 'yob culture', will be my priority. I will work with anyone, regardless of political party, to do what is right. Chatham has a proud military history as was demonstrated at the recent Armed Forces Day celebration, and that includes a long standing connection with the Brigade of Gurkhas. I am therefore deeply saddened that our Labour MP put his Party above his constituency when he chose to vote with Gordon Brown against the pension rights for retired Gurkhas."
Chatham and Aylesford Conservative Parliamentary Spokesman, Tracey Crouch, said "I am delighted to endorse Tashi Bhutia and look forward to working with him in this campaign. Labour have taken urban areas like Luton and Wayfield for granted for far too long. This is a chance for local people to send a message to Gordon Brown: It's Time for Change."
ENDS
Posted by Tracey Crouch at 11:52

Tashi is a brilliant choice — indeed, I'd go so far as to say inspired!

He is someone I hoped would one day be elected to Medway Council, and he wasn't very far off achieving that just two years ago. If I were living in Luton or Wayfield, I'd be very pleased to have him as one of my councillors — no question of that at all.