I took the day off work today and visited five separate businesses in the constituency, and I have to say it has been excellent. Every place I visited was completely different and therefore I have learnt so much about how the credit crunch is affecting people, what support they need, what interests them, what doesn't. It has been truly fascinating. 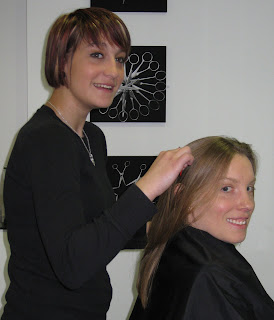 This morning I went to Tapers hairdressers in Larkfield and met owners Steve and Jacqui and their newest apprentice Rhianna. I am passionate about vocational education and the need for more apprenticeships and it was clear that here is a small business doing what it can to provide placements but often being penalised for it. I was quite taken by Steve's passion for his business and whilst it is obviously very difficult for him during these tough economic times he still has ambitious plans for his salon and for his staff. Rhianna is lovely and although young is clearly very committed to the profession - I can see why it was a no-brainer for Steve to take her on as an apprentice. Despite the fact that I am a bit of a wash-and-go kind of girl, I am definitely tempted by their competitive prices and have written a memo to my campaign manager requesting valuable time off for a cut and blow dry...
After the hairdressers I went to the Kia garage in Ditton and discussed the pressures the car industry is under at the moment and various other motoring issues - not least the fact that the hydraulics have gone on my car and I can't lift my boot up without doing my back in! I met the service staff and some of the mechanics but one of the issues that fascinated me most was the new licence plate system - call me a girl, but I did not know the difference between the 5X and the 0Y number plates. I do now! 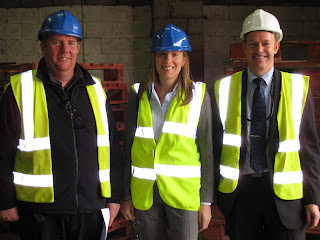 We then popped down the road to the Royal British Legion Industries to meet the new manager Steve for a whistle stop tour around the manufacturing, special products and welfare division. I am a huge fan of the RBLI who make a range of products including road and rail signs and industrial pallets using a workforce of which 60% have a disability. Many of the workforce are also ex-servicemen or their families who need support. Steve said that one of the greatest things about his job is that whilst it is obviously a commercial venture, albeit one which is run by a charity, ultimately they provide a valuable service to often vulnerable people. 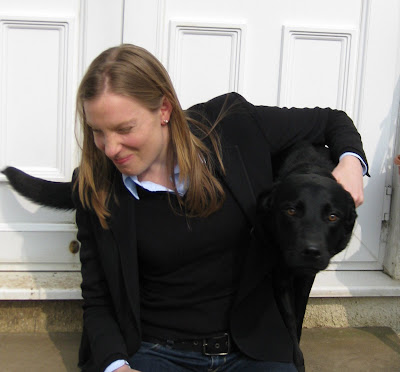 After a bacon sandwich for lunch I put my jeans on and visited the Kent Labrador Rescue Centre - a charity which has been hit by the economic downturn in two different ways. With cash being short people are not donating as much to charity as they used but secondly as people are being made redundant or money becomes tight, their dog becomes unaffordable and needs re-homing. It is very sad and Carol, the manager, was telling me that it is rather tough at the moment and their future, at this stage, is not looking as bright as they hope.

Finally I went to Abbeyfield St Martin's care home to meet the management and for a tour. I have visited a few care homes before but this was genuinely one of the best I have been to. The residents seemed really happy and the carers passionate about their job. I admire them immensely - they do an extraordinary tough job under huge emotional pressure sometimes and they clearly do it brilliantly. I met Alf who was holding court in a room full of ladies - they were all waiting for Deal or No Deal which they apparently love! The range of activities the carers organise for them was extensive and I have to say I was quite tempted to go back for tomorrow's Grand National tea, cake and bucks fizz session!
It was a great day and I have definitely learned a lot and I was certainly lobbied well by those I met on what I need to do if I am honoured to get elected to Parliament!

Are you going to adopt one?