David Cameron Blogs about a long week in politics 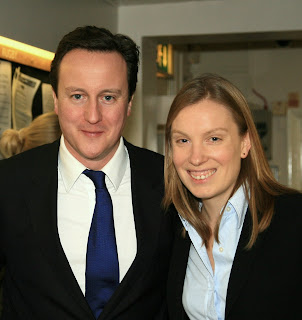 David Cameron has written the following on the Blue Blog:

I think it's been a pretty defining week in the history of this Government.

It started with all that nonsense over Easter when it emerged that while people up and down the country were worried about their jobs, homes and futures, one of the Prime Minister's main advisers was busy cooking up lies to spread about me, my colleagues and our families. After five days, the Prime Minister finally took full responsibility and said sorry. But, in many ways, that's the easy part. The hard part is what comes next - addressing the culture of spin and smear in Downing Street. As anyone who works in an office knows, it's the boss who sets the culture - so Gordon Brown's got to ask himself some serious questions.

And it ended with the Director of Public Prosecutions chucking out the charges against Damian Green. Let's be clear what happened here. An Opposition MP was arrested, and he and his family put through hell, for simply doing his job. It was wrong. He's been vindicated. And the Home Secretary's got to ask herself some serious questions.

Taken together, these episodes demonstrate clearly the need for change. Not, as Gordon Brown would have it, change in some advisers' code or a review into police operations. But a change in leadership at the very top. This lot have been in power far too long - they're out of touch, forgotten who they're serving, what they're in power for and how they're meant to behave. To bring some integrity back to Downing Street, the only answer is an election and a change of government.

But this week hasn't been all about politics. I visited Stafford Hospital on Tuesday - that's the place which had really unacceptable standards of care. It was incredibly moving to meet victims and their friends and family. And though it was little consolation to them, I outlined how the Conservatives would help stop another Stafford from happening again by having an information revolution so hospital failings are exposed quicker.

I'm sure there'll be as much to write about next week - it's the Budget.

I personally think it has been a bad week for politics. The Damian McBride affair simply turns people off and the main impact of his dreadful activities will be to make people even more apathetic than they already are. Our electoral turnouts are embarrassingly low - events like those over Easter will probably make it even more difficult to get people out to vote at the next General Election. Shame.