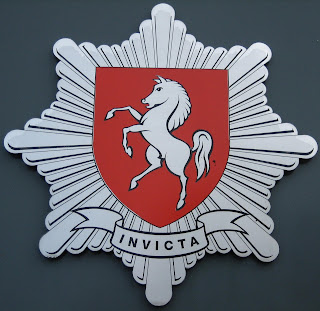 I am really concerned to learn of new European Union regulations that could lead to cuts in Kent’s fire services. The European Parliament, including the local Labour MEP for the South East, has voted to impose new red tape through the EU's Working Time Directive.

As if our local fire services don't have enough to worry about with the proposed control centre move to Hampshire, the new EU rules will abolish firefighters’ rights to opt-out from the working time rules. Under the rules, employers would have to ensure workers work no more than 48 hours a week and ‘On-call’ time in the workplace, even when inactive, would be counted as working time. This will have a devastating impact on retained part-time and professional fighters, who double up their fire work with other jobs. This will cut the number of retained firefighters on active duty (especially in rural communities in Kent) and there will be reduced local fire cover. My concern is that response times will increase as firefighters have to come from further away, and more full-time firefighters will be needed which may well end pushing up the fire levy on council tax bills. The Local Government Association and Chief Fire Officers’ Association have already attacked the plans.

Currently, in Kent, there are 716 retained firefighter posts and only 667 posts are filled, reflecting difficulties in recruitment. I genuinely believe that the shortages will get worse if Labour’s Euro-MPs get their way.

I also find it a bit rich that Europe is dictating what hours our local firefighters do. It is disappointing that Labour MEPs have backed these measures which could well see a cut in local fire services, putting lives at risk. Given this, and the plans to move the control centre away from Maidstone, I am not surprised that there are posts vacant in our fire service. Firemen do a brilliant job but the mounting red tape and hassle is going to make it increasingly difficult for them to continue to serve their local communities, like Chatham & Aylesford, in the future.
Posted by Tracey Crouch at 20:00

President of the European Parliament, Hans-Gert Poettering recently boasted, 75% of the laws of all member states are made in the EU parliament and that with the Lisbon Treaty it will be 100%. So whichever of the main three parties you vote for you will end up with the same result bar a bit of tinkering on the sidelines.

David Cameron could kill the Lisbon Treaty stone dead if he promised a referendum on it regardless of any ratification which has been achieved without the promised referendum in this country. He chooses not to do that which tells you all you need to know. We are effectively a one party state consisting of a cross party conspiracy hellbent on handing sovereignty of our nation over to a bunch of unelected bureaucrats in the EU.