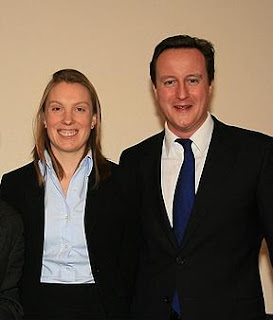 This evening David Cameron, Leader of the Conservative Party, held a "Cameron Direct" meeting at The Church of Christ the King in Princes Park with 200 local residents. He was suffering from an extremely sore throat but even so he managed to stay on stage answering questions from the audience for a good hour. Iain Dale blogged live and his subsequent report on the event can be found HERE. I shall link the webcast as soon as it is available.

Cameron Direct is an opportunity for non-Conservative voters to ask David Cameron any question they like on any issue they want. This evening David was asked 21 questions which varied from Afghanistan through to knife crime. The audience was made up of mixed age groups and several first time voters, including members of the Medway Youth Parliament and sixth formers from local secondary schools. I felt that the audience reaction after the meeting was extremely positive with many people coming up to me afterwards clearly enthused by what they heard. Let's hope they liked the evening enough to come out and vote Conservative at the General Election...whenever that might be.
Posted by Tracey Crouch at 22:36