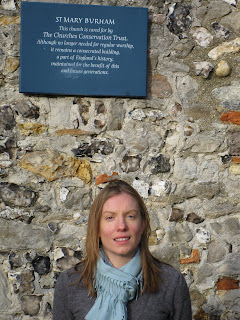 A group of 9 went out canvassing this morning in the Kent Village of the Year, Burham. It was a lovely sunny day but the wind caused a few comedy moments with helpers chasing canvass sheets down the road. Since there were so many of us we managed to canvass practically the whole village before stopping for lunch at the Golden Eagle pub. I had an excellent session and was very pleased with what people were saying about me, the Conservative Party and how, because of the awful state the country is in, they had already made up their minds about what they intend to do at the next Election. I am getting this more and more now on the doorsteps which is quite surprising because the election could in theory still be 18 months away. I got a real sense of people's desperation for change today - perhaps it has been there for sometime but now people feel more able to talk about it openly, or maybe it is just beginning now the recession is biting. Whatever the reason the desire for an election was definitely there today.

I was also very pleased with how many people I spoke to who were aware of David Cameron's visit to the constituency last Monday. They seemed impressed that he had come to our part of Kent to listen to what people had to say rather than do a quick photo opportunity and then leave again.
After lunch I had a wander around St Mary's church, a Norman building sited near the River Medway in old Burham, that is now looked after by the Churches Conservation Trust. It has a wonderful tower added to it in the 15th Century which is apparently very typical of Kent churches. The Church looked splendid in the bright winter sunshine and because it is at the bottom of a valley it was incredibly quiet meaning we could look around totally undisturbed. 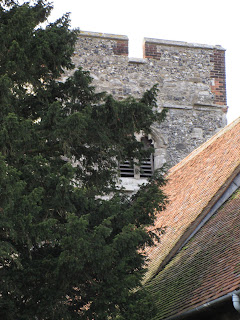